Yesterday – a History of British Importers

British Importers Ltd. was founded in 1923 by John Christie (1881-1941), a native of Fraserburgh, Scotland. Fraserburgh was, and remains, a wee small town some 66 kilometers north of Aberdeen, on the blowy North Atlantic coast.

John Christie left the old country for Canada in about 1898, settling, with all his brothers and sisters, in Kitscoty, Alberta, another small town near what is now Lloydminster. Having had enough of farming, John finally arrived in Victoria as a young man nearing twenty.

Some years after settling into life in Victoria, John Christie and his brother-in-law, George Parsons, decided to open a retail outlet selling surplus British military apparel and equipment left over from WW1. In fact, he opened a handful of military surplus shops across Canada, including Edmonton, Winnipeg, Toronto, and Montreal. It was while in Edmonton, John met a young waiter, an immigrant Englishman, in the King Edward Hotel. Still in the early days of his retail operations, John hired this young waiter, one George Fane, to run the Victoria shop for him, and they moved from a sales office at 1901 Government St. to a storefront at 1004 Government. This store continued the sale of military surplus, but added ‘men’s furnishings’ to their advertising.

In 1929, George Fane and now co-worker George Parsons (John’s brother-in-law), bought out John Christie. The two Georges decided to change the name of the store to British Importers in 1929, as they were selling, among other non-military items, boots from North Hampton and binoculars and telescopes made by Dollond & Aitchison in England. Over the course of the next 14 years George Fane owned and operated a British Importers with a couple of different partners, eventually becoming the sole owner. 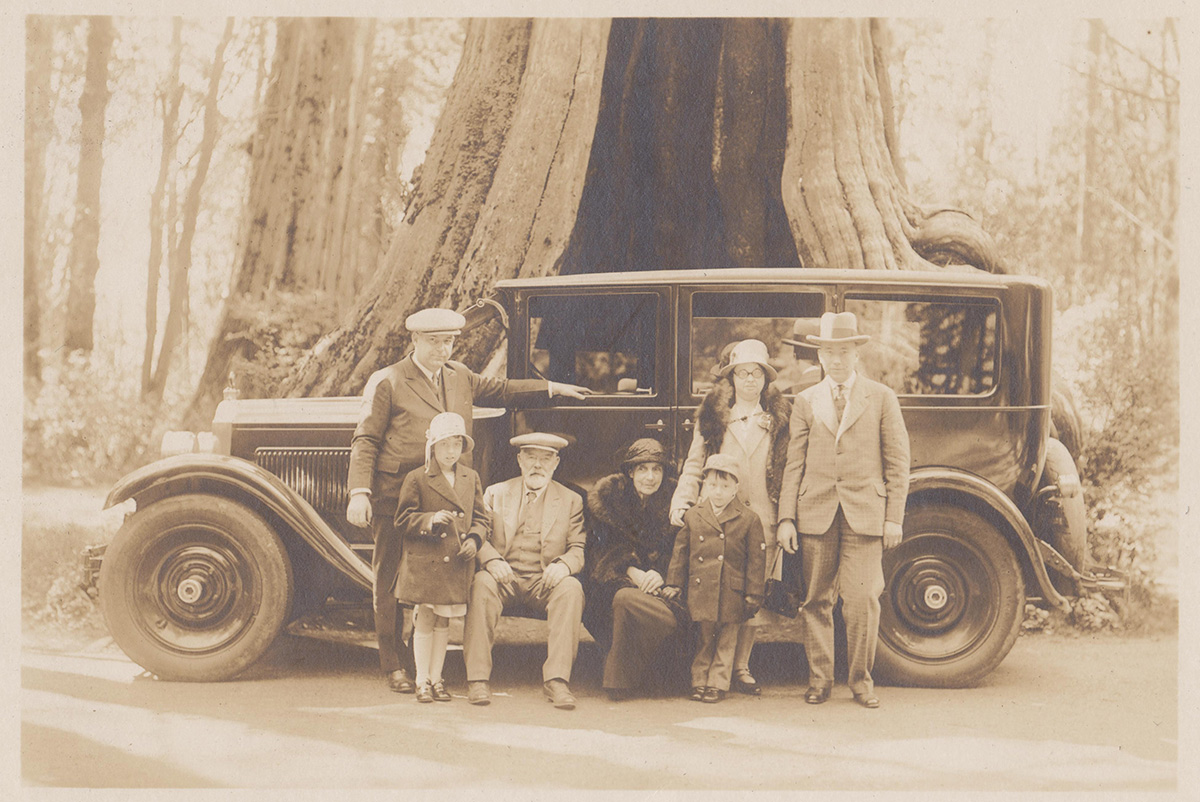 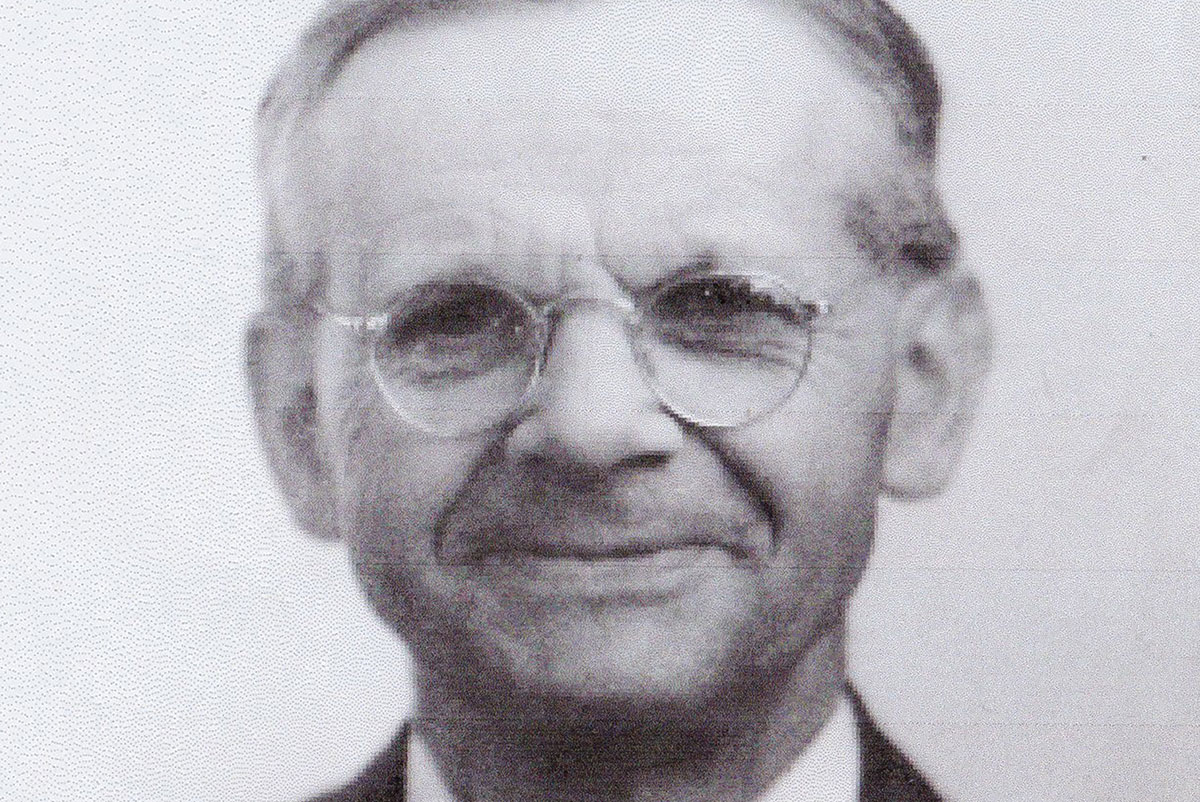 Among other standard men’s furnishings, George also sold medal ribbons and black shoes to the Canteen at HMCS Naden. During World War II, he did a steady business making and selling sailors’ uniforms. George built a mezzanine in the store and purchased commercial sewing machines and hired tailors to make the uniforms. On busy Saturdays he employed four or five people who would work at full tilt all day long. One of George’s employees was his son, Peter Fane. Peter worked in the store after school and on weekends until he eventually joined the navy.

By 1945, George Fane was tiring of the business and sold the store to A.C. Falk and Bernard (Bernie) T. Rogers.

In 1964, Armstrong moved the store virtually next door, to 631 Yates, formerly a jewellery store. A year later he took on two new partners, George A. Inrig and J. Duncan McKerracher. The three men stayed partners until 1968, when Armstrong sold out to the two remaining men.

Inrig and McKerracher continued as partners until 1972, when they sold the store to Michael Goldberg and James Roberts, coincidentally also from Edmonton. In 1973, they took on former colleague Arthur Naubert as a junior partner.

Goldberg, Roberts and Naubert operated the store, and several satellite locations, for the next 14 years, building a well deserved reputation for service and quality. In addition to a substantial staff , they also gained another junior partner in Philip Nyren. In 1977 they moved the store to 1101 Government Street, just a short distance away from its original location at 1004 Government. After almost 30 years, British Importers was back doing business on Government Street. 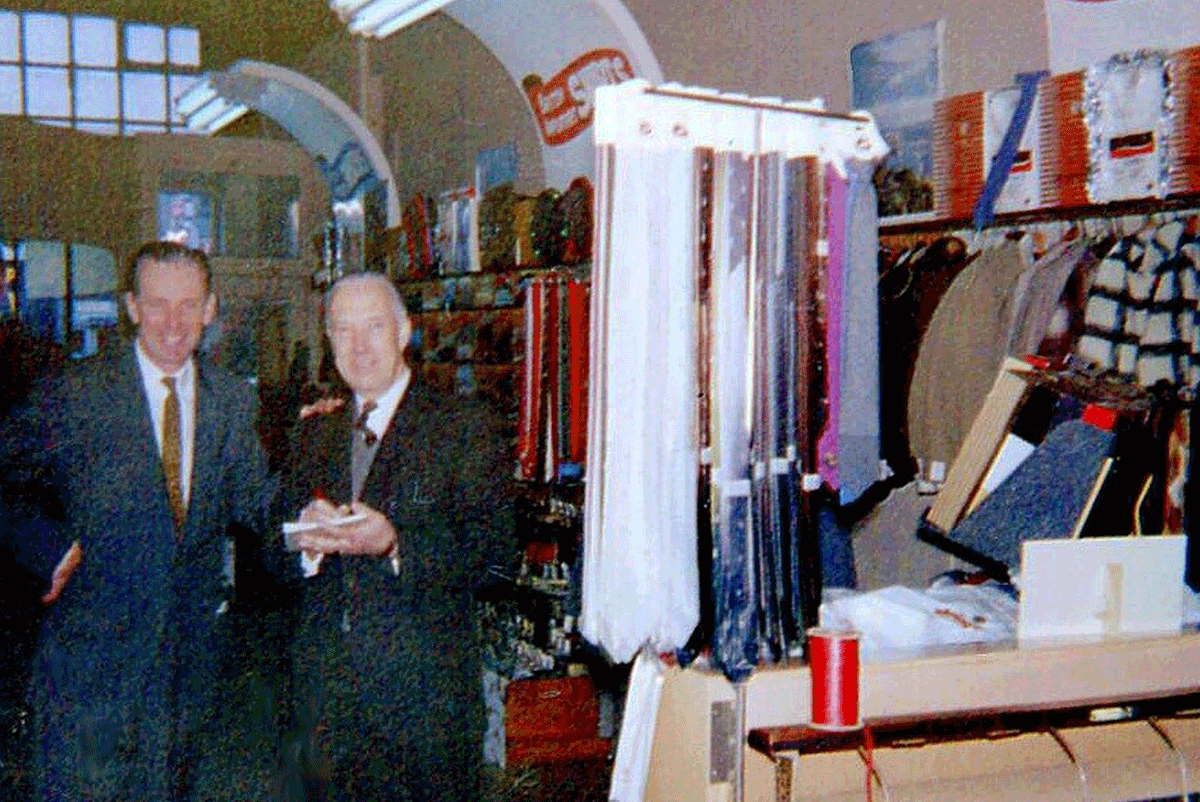 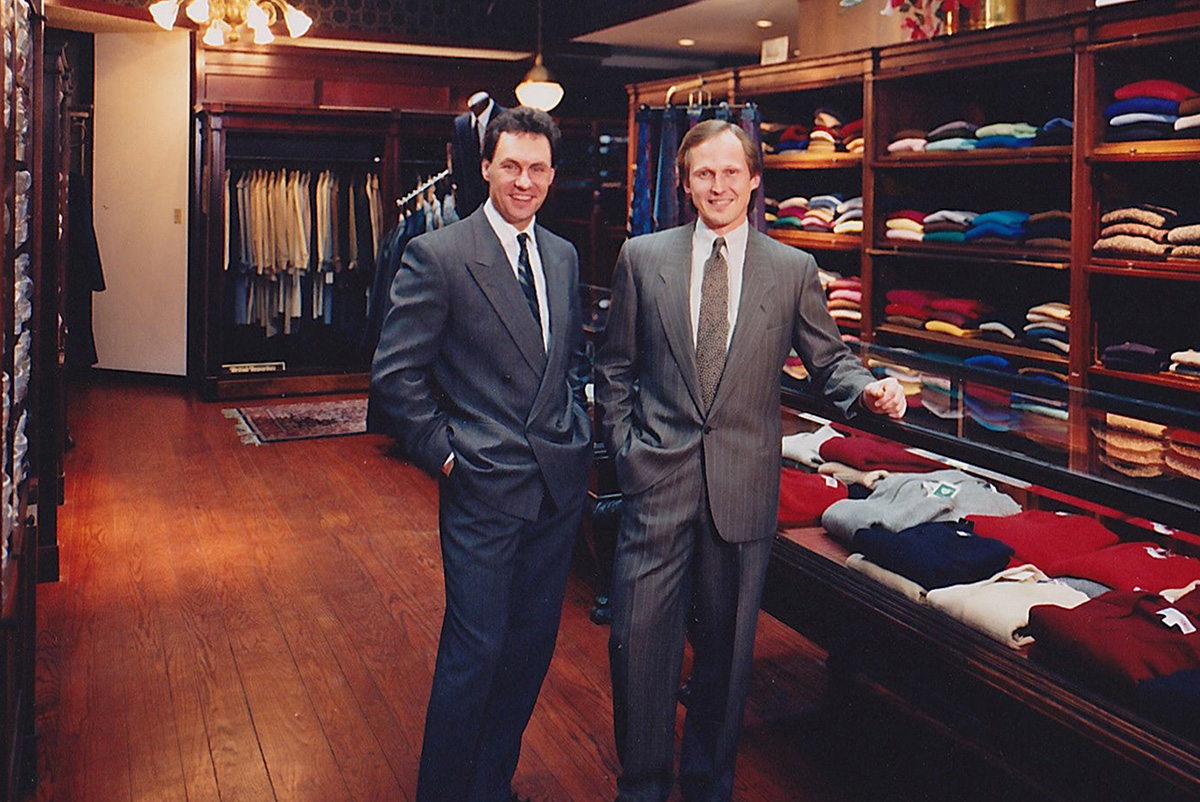 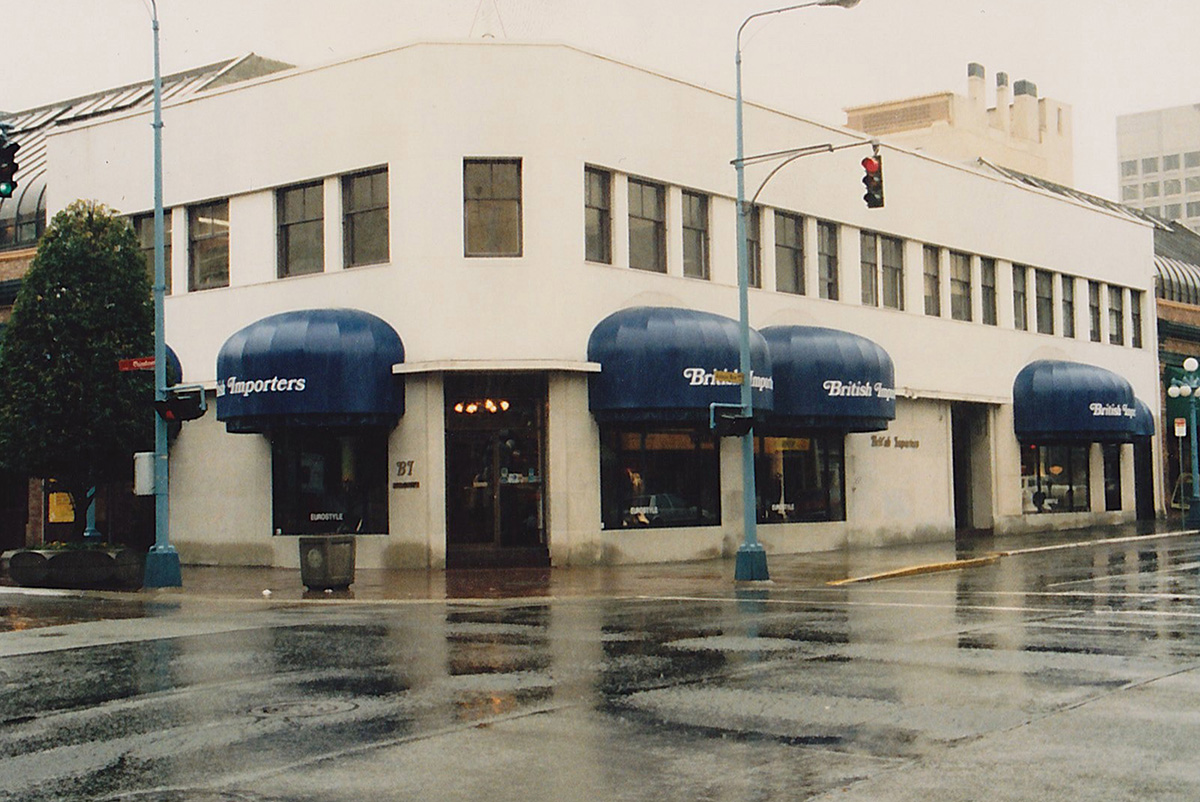 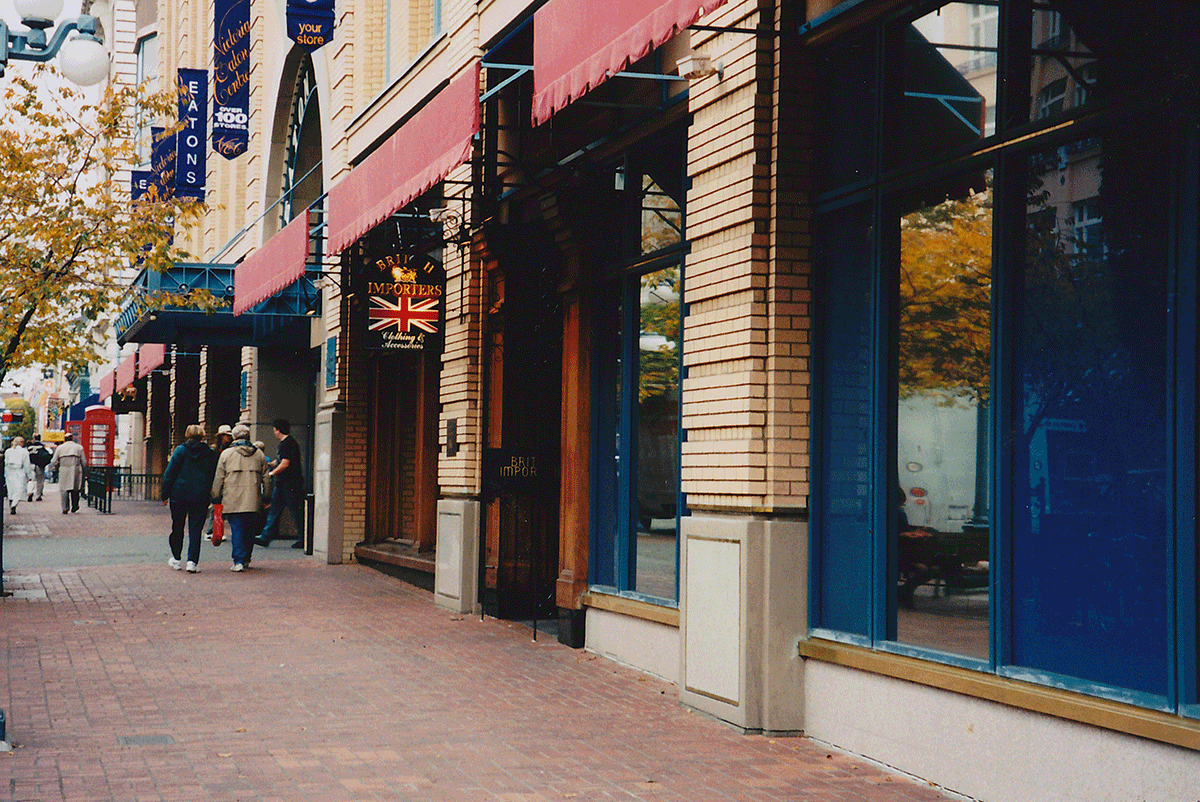 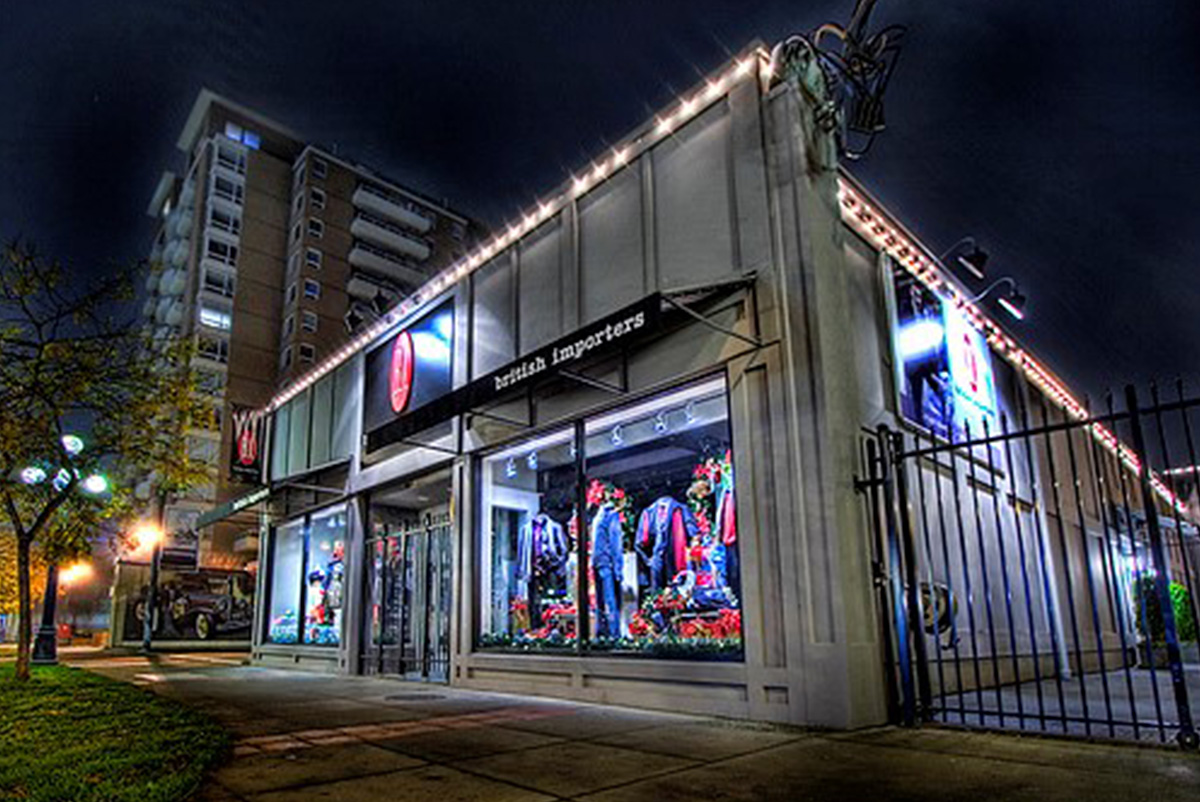 In 2006, Arthur Naubert started talking about retirement and in 2008 he sold his shares to his long time co-worker and business partner, Philip Nyren. It was decided that the time was right to change the name of the store, for the store no longer imported boots from North Hampton, nor telescopes and binoculars. The name British Importers had run its course. It was time to go back to using the proprietor’s name on the sign above the door.

So, as of September 2009 the store was known as Philip Nyren Menswear & Womenswear. Things had come full circle; from Government Street to Yates Street, back to Government, and then back to Yates; from doing business under John Christies’ name, to George Fane renaming the store British Importers, to naming the store Philip Nyren.

In early 2014, a property development company made an offer on the store’s land and buildings. After the usual back and forth, a deal was struck but with a long closing period to allow planning for the shutting of one store and the opening of another.

Keys to the buildings were handed over to the new owners in February 2015, and the store was closed. Fixtures kept for the next new store were warehoused, but, for reasons too complex to describe here, a new store has yet to come to pass. 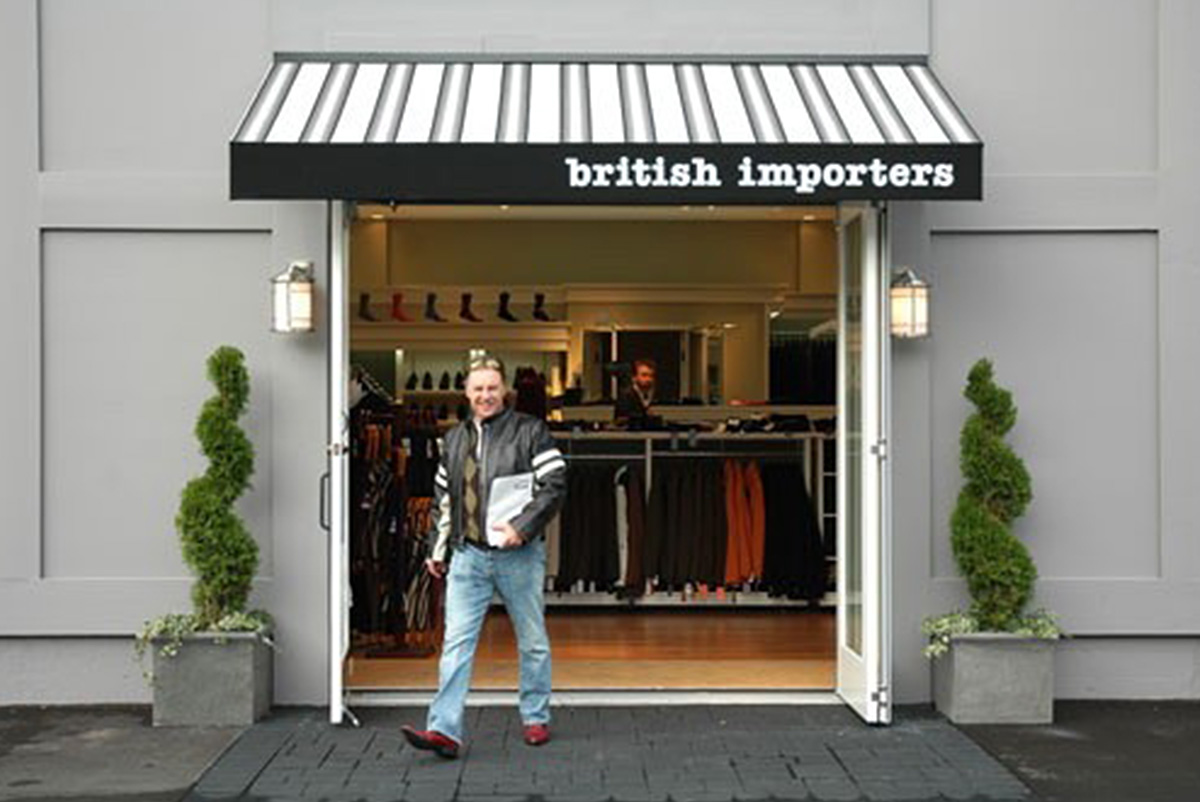